Subaru Corporation is pleased to celebrate the 50th anniversary of the debut of its All-Wheel Drive (AWD) system this year. Since the introduction of the Subaru Leone 4WD Estate Van, Japan's first mass-produced AWD passenger car, in September 1972, the company has produced about 21 million*1 AWD vehicles to date. 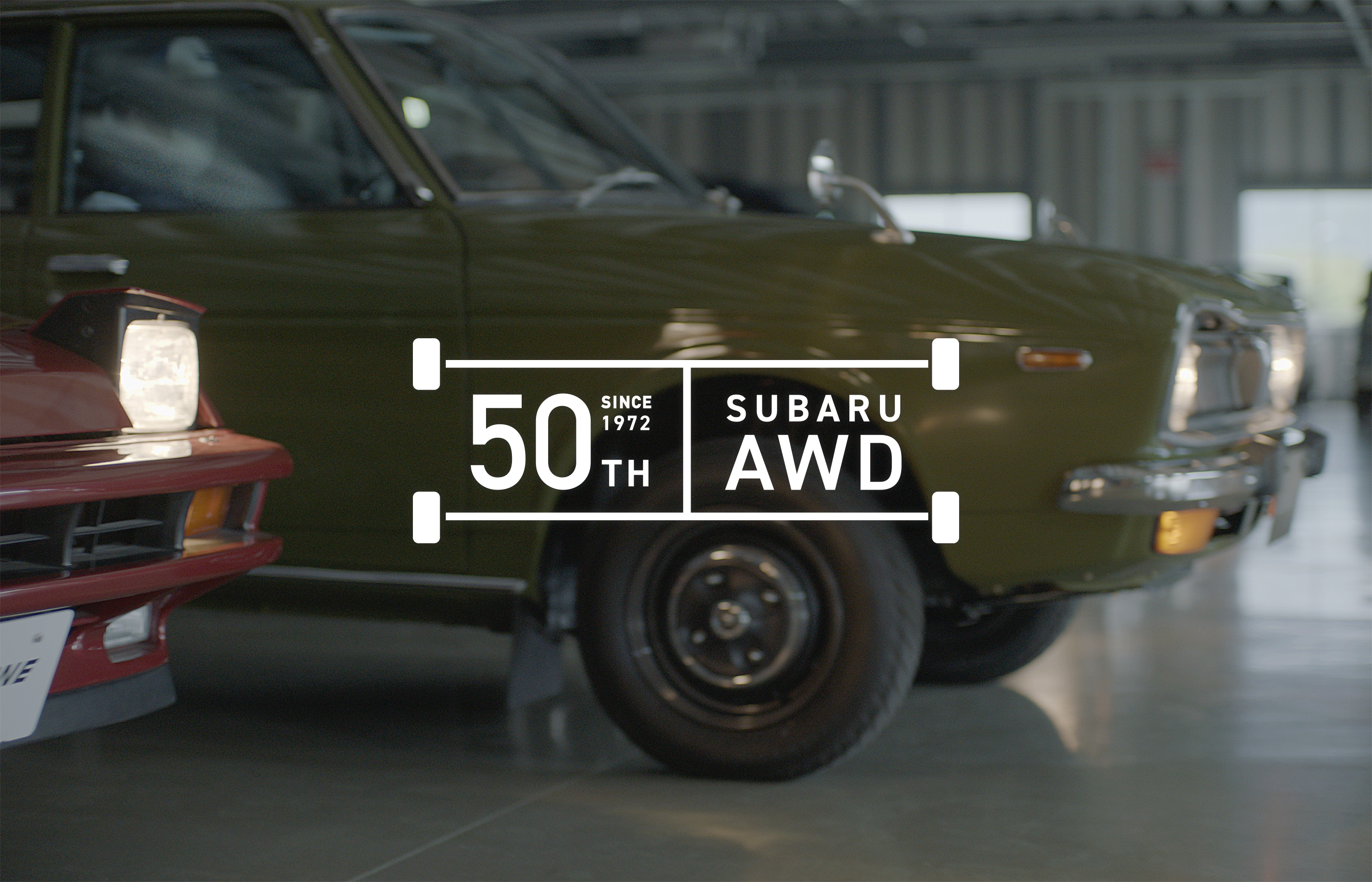 AWD models currently account for 98%*2 of Subaru’s global sales, and all of those AWD models*3 feature the Subaru Symmetrical AWD system fitted with the horizontally-opposed “Boxer” engine.

The most distinctive feature of Subaru’s Symmetrical AWD is a symmetrically laid-out drivetrain paired with a longitudinally-mounted Boxer engine positioned in line with it. The combination of the low center of gravity provided by the Boxer engine and the superior weight balance of the symmetrical drivetrain maximizes stability and traction intrinsic to all-wheel drive, offering superb driving performance in a variety of weather and road conditions. In addition to these hardware advantages, Subaru has been continuously honing its AWD capability under the philosophy of “human-oriented car making,” to deliver a greater sense of unity with the vehicle which offers increased “Enjoyment and Peace of Mind” to the driver and passengers.

“As one of the core technologies that underpin Subaru’s commitment to safety and driving enjoyment, Subaru’s AWD system has been continuously enhanced for over half a century,” said Tomomi Nakamura, President and CEO of Subaru Corporation. “Toward the age of electrification, we will further refine our long-cultivated AWD capability with electrification technology and continue to pursue the ‘Subaru Difference,’ such as stability, driving dynamics, and handling.”

Subaru will remain committed to providing “Enjoyment and Peace of Mind” to our customers around the world, by further enhancing its unique core technologies while advancing the fusion of those and future technologies to meet the needs of the changing times.